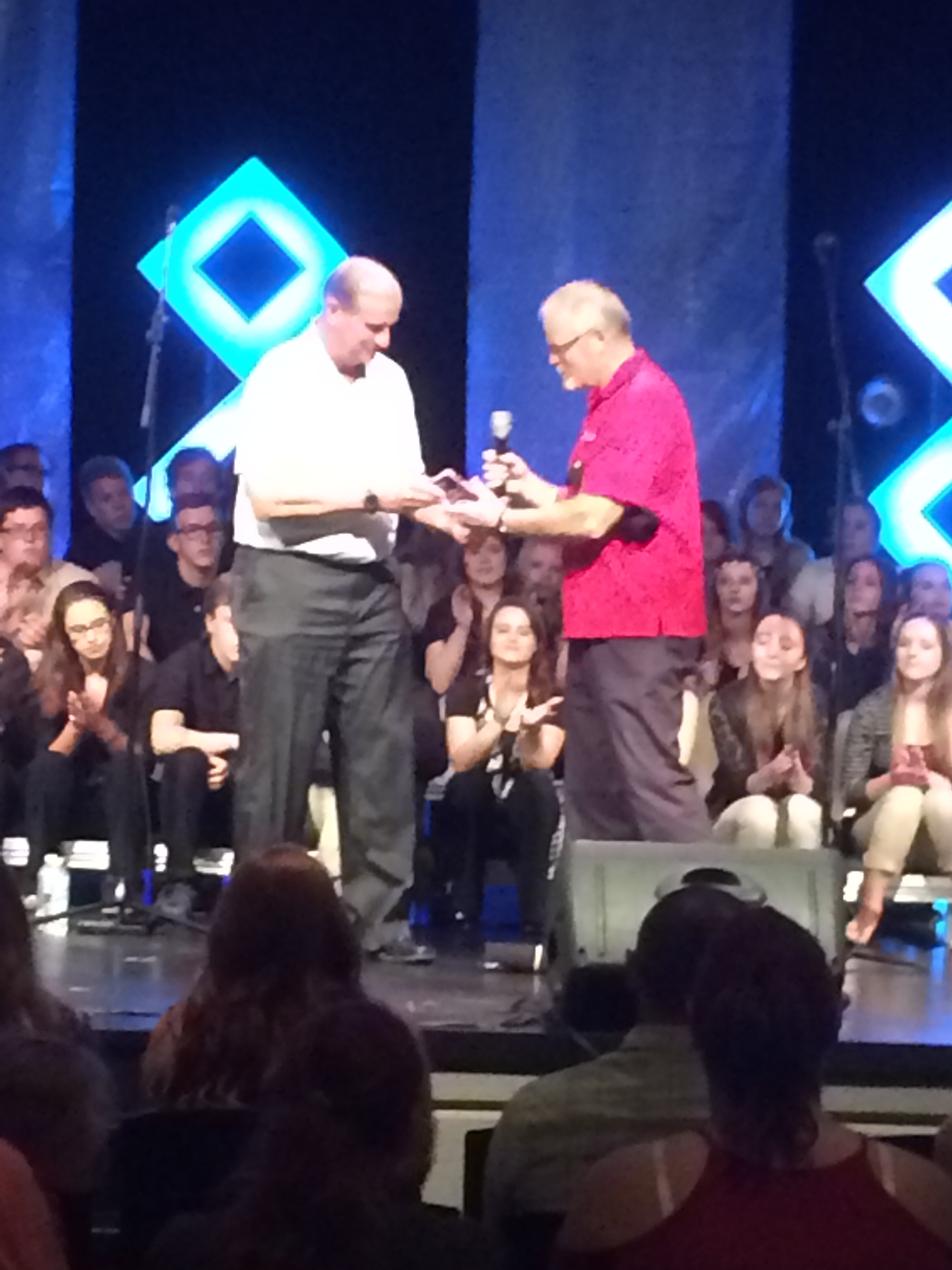 Today in Papillion, Nebraska, OCC Athletic Director Chris Lahm received Nebraska Christian College's Distinguished Alumni Marketplace Award. The award is given annually to NCC alumni who have shown outstanding service to the kingdom in both the local church and in the marketplace.

The Distinguished Alumni Award is just one of the many honors Coach Lahm has earned over the years, including National Coach of the Year and Regional Coach of the Year. Chris graduated from NCC in 1981 and has served at Ozark for 15 years. His wife, Dawn, serves as administrative assistant in OCC’s Office of Student Life. The Lahms have four adult children, four grandchildren, and two more grandchildren due later this summer.

Congratulations, Chris! We're so grateful for your character, leadership and faithful service to the Lord and to Ozark.